My husband used to live in a van. By choice. He sold almost everything he owned and lived in a conversion van on the side streets of Chicago. Still working his job at one of the best restaurants in the country, but just heading home to his Ford Econoline after finishing shift, curling up in his sleeping bag, and going to sleep. Usually somewhere in Fulton Market.

These tortillas are a nod to their mastery. Masa with a touch of AP flour, and a hit of baking powder. Laced with Berkshire bacon fat. Thin, chewy, crispy... drool. 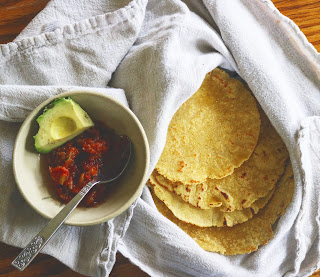 I recommend getting a tortilla press if you’re serious about making corn tortillas. Rolling them out by hand thin enough and consistently enough is something I have yet to get the hang of. I use a cast iron  tortilla press. This one here I also suggest using a Ziplock bag, cut at the seams to keep the mass from sticking.

Mix together dry ingredients in a large bowl.

With a fork, cut in the bacon fat by pressing down with the tines of the fork, smashing the lard into the dry ingredients until only pea sized lumps remain.

Add hot water slowly and mix with a wooden spoon until the dough becomes cohesive and but not sticky.

Transfer to a lightly floured surface and knead for two minutes.

Cover with a damp towel and let rest 20-30 minutes.

Form into balls about the size of a golf ball. Keep the balls covered with a damp towel as this dough quickly dries out.

Press with tortilla press until very thin, between a ziplock bag which has been cut at the seams.

Remove and add to preheated skillet for 1 minute, flip and cook another minute.

Immediately place the tortilla into a folded dry tea towel to steam for at least 5 minutes. Repeat through all the dough, adding the hot tortillas to steam right off the griddle. 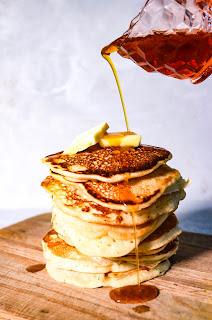 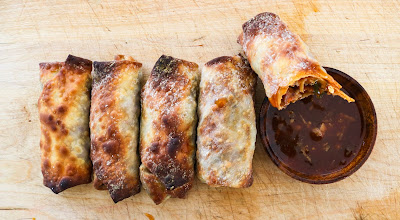